It was right after I came back to Japan but I visited Fukushima, Sendai, Ishinomaki and Kesennuma, the area where the earthquake and tsunami hit. I was in England when the disaster happened and I only knew the stories through the internet news. So even after two years and a half, I thought it was very important to learn what had happened.

At most of the destroyed sites, rubble was already cleared and only the bases of the buildings remained. Some area in Ishimaki was covered by water. I wonder if it was rain water or seawater or underground water. But some cattails were growing and dragonflies were laying eggs. I felt that nature is much much bigger than human. 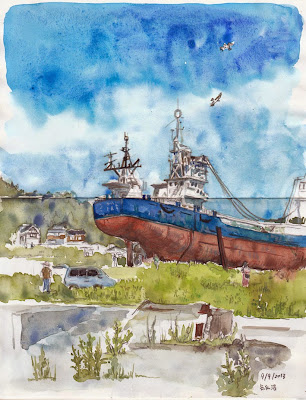 気仙沼市、津波によって750メートル内陸に打ち上げられた漁船、「第１８共徳丸」。訪れた日はちょうど解体直前だった。
This sixty-meter-long fishing boat was stranded 750 meter inland because of the force of tsunami. Now it is in the middle of old residential area next to the road. They have just started to demolish the ship since the day we visited. The vast summer blue sky was right above it. 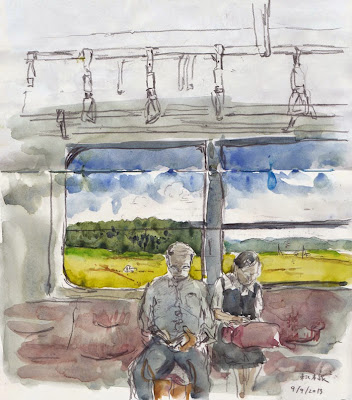 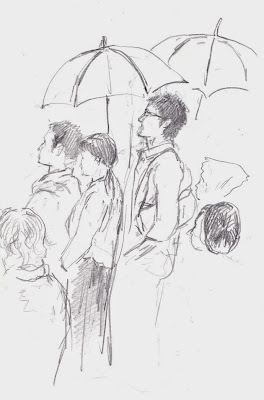 In Sendai, we saw some of the gigs as a part of Sendai Jazz Festival in the rain.
投稿者 Narisa Togo 時刻: 07:31

Narisa Togo
東郷なりさ。(Ting) バードウォッチングと絵を描くのが好き。東京農工大地域生態システム学科を卒業後、ケンブリッジ・スクール・オブ・アートで、絵本や児童書の挿絵を学ぶ。 Narisa Togo a.k.a. Ting loves nature and to sketch birds, plants and nature scenery. Had completed her MA in Children's Book Illustration at Cambridge School of Art. Received a bachelor's degree in ecology at Tokyo University of Agriculture and Technology. 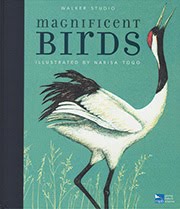 A picture book of 14 magnificent birds in the world from Barn Owl to Toco Toucan to Wandering Albatross that I illustrated. Published by Walker Studio. わたしが絵を描いた世界の"すごい"鳥の絵本。 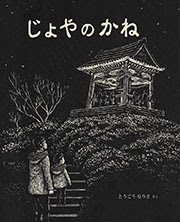 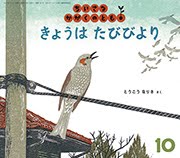 "A Perfect Day for Traveling" in Japanese published by Fukuinkan Shoten. 3作目の絵本。福音館書店の「ちいさなかがくのとも」シリーズ2017年10月号。 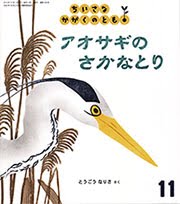 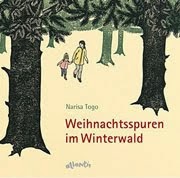 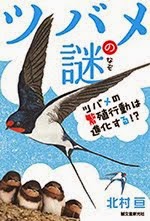 The Mumsnet Book of Animal Stories 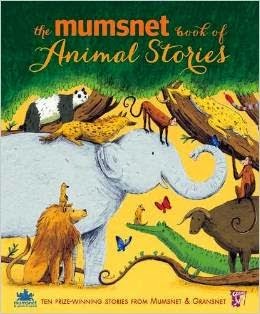 An anthology of ten prize-winning short stories and I illustrated one of them called "The hedgehog Who Wouldn't Sleep" by Alison Webb. Published by Walker Books. わたしが一つのお話にイラストを描いた童話集。